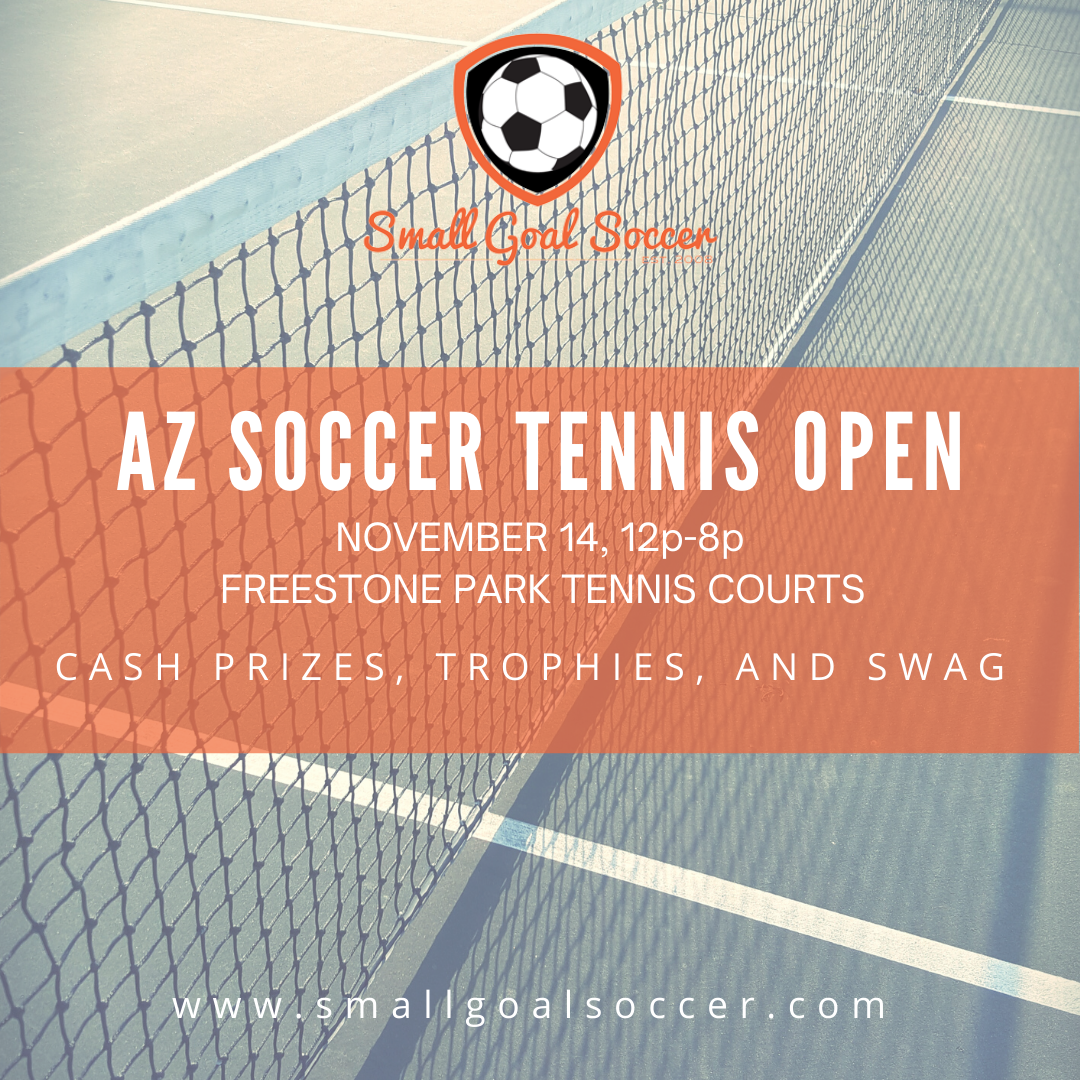 Get your 2v2 or 4v4 teams together and come play in the first ever Arizona Soccer Tennis Open! Only Space for 20 teams in each tournament.

There will be our basketball & co-ed beach volleyball tournaments going on at the same time making it a great sports day and atmosphere!